I got on a plane today. HUSBAND and I booked the window seat and the aisle seat and hoped no one would climb into the center seat – and they didn’t. That gave us the whole row to (relatively) stretch out and relax.

I had a hard time relaxing though. See…I realized it is an anniversary of sorts. Or as betrayeds often say, an antiversary. As I looked out the window and saw the city we were in get smaller and smaller…as we pierced through a thick layer of clouds…as we settled out above the clouds…my mind began to wander, and then to remember.

Back when HUSBAND and I had been married just a little more than two years, another girl got on a plane. On this same day, all those years ago. She didn’t get on with HUSBAND, with my husband. But she got on to fly to HUSBAND, my husband. To meet him and spend a couple days and nights and in-betweens with him. 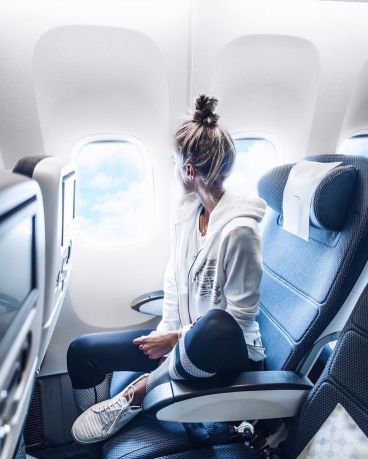 I don’t think about this all the time anymore. HUSBAND and I have done such good work and we have grown and healed for the most part. But there are things – things like getting on a plane on February 13 – that shake my heart’s healing and cause me to think about the girl who didn’t get on the plane years ago – the one back at home, missing HUSBAND and seeing him for things he wasn’t and realizing the other girl – the one that did get on the plane years ago – also was seeing him for things he wasn’t.

And together, HUSBAND and I, got off the plane.

A Fun Parenting and Family Travel Blog in Yorkshire.