On Valentine’s Day 1989, I woke to the cries of my almost year-old first-born. His nursery was next to our bedroom, and my regular routine was to change him, then bring him back to bed where he would nurse, and we would cuddle and snuggle. HUSBAND was long gone…on regular days his work schedule started in the early morning hours and this particular day, Valentine’s Day 1989, he was in New Orleans.

Sixteen months earlier, HUSBAND and I had been in New Orleans for a convention in his industry. At the time, I was pregnant so we had enjoyed the sites, eaten some fabulous meals and taken in the bigness of both the city and the convention – but I had stayed away from alcohol and partying. I was surprised when HUSBAND told me he wanted to go this time…his industry has two main conventions and he had never affiliated with the one scheduled in February. He told me this alternate convention was far more policy oriented, and he wanted to engage at the policy level – to bring young energy and ideas and solutions to the old problems. I was proud of him and excited for his vision and enthusiastically endorsed his attending. My memory tells me that we talked for a brief minute about the logistics of me attending with him, but our baby…and I was pregnant again…and so I sent him off with good wishes.

In the later morning the doorbell rang, and a beautiful bunch of roses was delivered to the door. Our little one was taken by the pretty flowers, and we had fun smelling the roses. When the phone rang a bit later (pre cell phones and texting and facetime), I answered it. HUSBAND was on the line. I told him thank you for the lovely flowers and he told me Happy Valentine’s Day. And that he loved me. 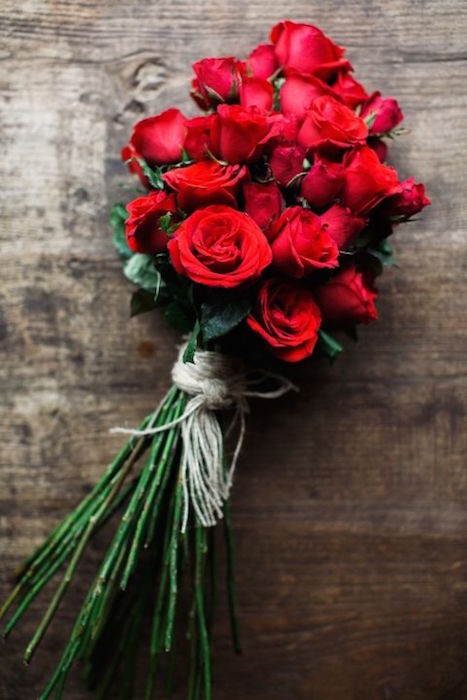 The scene was lovely and sweet and appealing…just what books are written about. Considerate spouse. Grateful spouse. Happy home.

Except this wasn’t the whole story. It was only the part that I could see. I wouldn’t know the whole story for 25 years. The rest of the story was that before he made that phone call to me on Valentine’s Day, he had just had sex with his affair partner. He had flown her from our home town, arriving on the 13th and they had taken in alcohol and partying. And sex. Sex the night before and sex that morning. And then he rolled over in the bed, reached for the phone and called me to tell me Happy Valentine’s Day – had I gotten the flowers – that he loved me.

Apparently his affair partner didn’t like this too much. She didn’t let him know then, but when she left that little love nest, she had decided she was done. That was the last time they saw each other during that affair. And 3 months later, our second baby was born.

If you have read our story, you know that I never knew about this affair. Or the other affairs. Until the last affair that broke everything open. The last affair, 25 years later, was with this same affair partner. Once she got him engaged again, she reminded him of the Valentine’s Day in 1989 and told him how it made her feel. You know, like a whore or something. To make it up, he invited her to a neighboring town for two days of dining and romance and ocean the week before Valentine’s, when I was out of town. And then he arranged to send her an enormous bouquet of flowers and for me, the unsuspecting wife both then and now, nothing. Interestingly, he mentioned to her that he was sending something to her office – she now lived in Atlanta – and she told him she wouldn’t be there that day. She went on to tell him she hated flowers (really??). So he cancelled the order. He did everything he could to make up those hurt feelings from 25 years before. To make her Valentine’s special.

This year, on February 14th early in the morning, I woke up to the smell of coffee, and turned to see a cup on my nightstand with the perfect amount of foam. HUSBAND embraced me strongly, looked into my eyes and told me he loved me. A bit later, when I got in my car to head to the office I found a card on my dash board. A loving, emotional, passionate card. During the day, HUSBAND and I were interviewed on a local radio show about how our marriage had gone from devastating to incredible…and a couple hours later, we appeared on a local television show sharing the same story. When I arrived back at my office, I got a delivery…two more fabulous cards with great meaning and lovely additions in HUSBAND’s own hand. When he came home from the office, he brought bunches of flowers in beautiful colors (and I love flowers – really). He had made a reservation for the two of us at our favorite French restaurant where we shared an intimate meal, fabulous wine and connected conversation.

It’s odd. I needed to know the sub-story of our lives and HUSBAND needed to tell the sub-story of our lives if we were ever going to have a chance. If we were ever to have the transparent and beautiful relationship we now share. But lurking around the edges of the joy and the intimacy of today is the burned edges of yesterday. I can still see it in my mind’s eye…still see the naïve trusting young wife overlaying the sex scene of a New Orleans hotel…then, then again, now.

And such is the story of betrayal.

9 thoughts on “Then, then again, and now”