But as they left his lips, they hit my ears and wriggled their way in. They traveled through my ears and down my throat and fanned out in my system…some entering my brain and finding nooks and crannies to live and taunt and distort…some piercing my heart and ripping it up into thousands of pieces…some stopping along the way in my esophagus emitting masses of acidity creating a burning so intense…some filtering into my stomach that tried to work hard to get rid of the invader by cramping and growling…some into my intestines where they expanded and my body screamed for release…and the rest traveling down into my lower spine and legs and all the way to my toes that ached and tingled…

He had transferred the filth, and was clean, but I was DIRTY.

When a cheater finally comes clean to his spouse, this is what happens.

Much of the betrayer’s life has been pulled inward to carry out the deception, and even if the affair stops without or before revelation, they are always on guard, fearing that a misspoken word will trip them up. This is how HUSBAND describes it. The freedom he was experiencing was literally euphoric, but I bore the heaviness for him to get to lightness.

A necessary part of the process, and one that I wish I could change for all of us betrayeds. It SUCKS, and the burden is so great, and so present. No relief in sleep as, at first, dreams swirl around and taunt with images and thoughts and alternate endings. No relief as we work and can’t concentrate and fail to meet deadlines and suffer in silence or experience out-of-bound emotions and coworkers think we have lost it (which we have). No relief as we parent our children and look at the image of our betrayer and want to scream out YOUR FATHER IS A FUCKING CHEATER when they receive the love and affection so readily from a man who betrayed not only us but them.

Oh those days – weeks – months were horrific. I nearly broke in two carrying the weight. 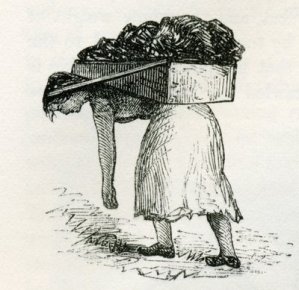 Nearly, but not quite. And as my body began to get heal, and to expel the poison and I started standing straighter I found I was taller. And stronger. And I began to see – even though it was the little space right in front of me, that moment – I began to see, and to step into…

32 thoughts on “The Weight Transfer.”

A Fun Parenting and Family Travel Blog in Yorkshire.