We didn’t fight very much. Not to say we had a fantastic marriage but we didn’t fight much. We were just sort of plugging along as really good co-parents and not-really-so-good lovers. We shared passionately our vision for our children’s health, faith, education, future and didn’t talk about too much else with any depth or care, so we didn’t fight much.

But this particular day ended up differently.

As a consultant, I had several different clients and one was a very large youth sports club in our city. My role was managing the vision and mission, developing a strategic plan and connecting the club with various strategic partners. The club had an annual, regional tournament and I agreed to volunteer, and HUSBAND agreed to help also. Our jobs included distribution of the awards to the various fields around our region that were located at six sites spread over 20 miles. The boxes of awards were already packed and labeled and while this may sound simple, because there were gender divisions, age divisions and level designations, there were thousands of awards packed in nearly 100 boxes and each site could be hosting vastly different combinations of those variables.

We made the distributions and my cell phone rang. One of the sites reported missing one of the gender/age/level awards for their location. We returned to the headquarters, assuming we had missed gathering the box when we packed up. It wasn’t there. I was puzzled, concerned. HUSBAND was oblivious, disconnected. I considered calling site managers but knew how in-the-weeds each of them were with other issues, and decided the better plan would be to just go back by each and look ourselves. I got no feedback from HUSBAND, other than he started the car, and started driving. We went to site 1, then 2. On to 3 and 4 and 5 and 6. No box that matched the missing stats. I was beside myself. I had no idea how or where or when or what…just a missing box of awards that would leave some young kids without their medals and the tournament looking bad. Not so good for developing strategic partners.

HUSBAND remained detached through the whole process. He sat in the car and played with his phone while I ran in to each site, looking for the missing box. When I returned, increasingly distraught, he said, “What’s next.” I was definitely in this one alone.

As we sat in the parking lot of the last site to visit where hours earlier we had made the delivery, he suddenly said “I wonder if it is the box I put in the other room?”

“Other room. What other room,” I asked.

“The other room, here. When we first walked up, I took a box into another room. No one was in there. When I took the second box up, I was directed into a different room with the box,” HUSBAND answered.

“Did you go back and move that first box into the different room?”

I took the box from THE OTHER ROOM to THE DIFFERENT ROOM, handed it to the site manager and profusely apologized and began to walk back to the car where HUSBAND was sitting, texting. I began to flash back to delivering to this site earlier that day. I remembered how right after we got all the boxes delivered, the volunteer had come in and we had begun to open the boxes, and discussed the awards and how best to segment/display them. And HUSBAND had disappeared, and I had glanced around, found him sitting on the couch area with his nose in his phone, texting and completely disconnected from the situation. I remembered being frustrated, because while the client was handled by me, the consulting firm was OURS, and I was handling the lion’s share of our client work at that point. I began to reflect on how incredibly wrong it was that I had been in a panic over something that was completely, utterly AVOIDABLE if HUSBAND had been even remotely in-the-game that day…as he was the ONLY ONE who knew that he’d put one box in THE OTHER ROOM.

So when I got to the car, got in, told HUSBAND that indeed, the missing box had been in THE OTHER ROOM and I’d found it and delivered it safely to THE DIFFERENT ROOM…and nothing…just a blank stare my way…no apology or even a “wow…wish I’d remembered”…the conversation went something like this…

Me: Why didn’t you mention there was THE OTHER ROOM and that you’d put a box in there?

Me: Didn’t you think it was important? That it might be the missing box?

Me: Not really? Come on, HUSBAND. We just drove around for three hours and I’ve been in a panic thinking I’d majorly screwed up, and you had the answer the whole time!

HUSBAND: It’s your fault; you’re the one who told me to carry the boxes up there.

When we got to the site earlier that day, I noted an open door and while I was getting out the list, etc, had said something like “Why don’t you look for SITE MANAGER (who he knew) and ask him where to take the awards. He’d taken a box with him to look for SITE MANAGER, going through the open door into THE OTHER ROOM and set down the box. He saw the site manager on the way back who told him to go into THE DIFFERENT ROOM. I didn’t see any of that as I was getting all the documentation together, etc)

Me: Are you seriously saying it was my fault that you took a box into THE OTHER ROOM and left it there after being told about THE DIFFERENT ROOM?

Me: In seriously, the loudest, most desperate, most god-awful voice that has ever been uttered out of my chest, borne of complete desperation and exhaustion and frustration and shock at how he could turn this into something that was my fault) – I didn’t even know THE OTHER ROOM EXISTED! YOU ARE BLAMING ME WHEN I DIDN’T KNOW YOU PUT A BOX IN A ROOM AND SET IT DOWN AND THEN EVERYTHING ELSE WAS TAKEN INTO THE DIFFERENT ROOM AND I HELPED SET UP THE AWARDS WHILE YOU SAT ON THE COUCH AND PLAYED ON YOUR PHONE AND YOU CAN TWIST THIS INTO MY FAULT? OMG!!! YOU MAKE ME CRAZY!!!! TAKE ME HOME, TAKE ME HOME NOW!!! 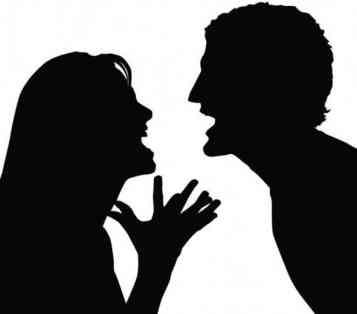 We drove home in silence. The tension was like a thick wall between us and I don’t think I made eye contact with him for another 24 hours as I was so hurt and angry and confused.

Confused. The whole incident was so completely unlike the person HUSBAND had been through our marriage. The way he’d sat in the car as I looked at each site, very unlike the helpful nature of HUSBAND, the problem-solver. Lack of suggestions along the way, not recognizing the role he’d played and not mentioning earlier in the process about THE OTHER ROOM. All of these were uncharacteristic of how he’d shared a life with me for 26 years. Looking back now, both of us recognize this was a sign. He was already deeply engaged in his last affair, and preoccupied with his affair partner, SW, that day. His mind was on her, his attention on exchanging messages all throughout the day while I ran around like crazy. He was present, but not present. I could sense it, but had no earthly idea what was up.

The distraction. The lack of presence and intentionality. The disconnection. And meanwhile, the case he was making up to justify his betrayal, his cheating, was being lived out in my confused, angry response. As he saw me lose it, his brain said, “Yup. I deserve more. Look at her. She’s crazy, she’s a bitch.”

No, SW. I wasn’t crazy. I wasn’t a bitch. I was living with a cheater.